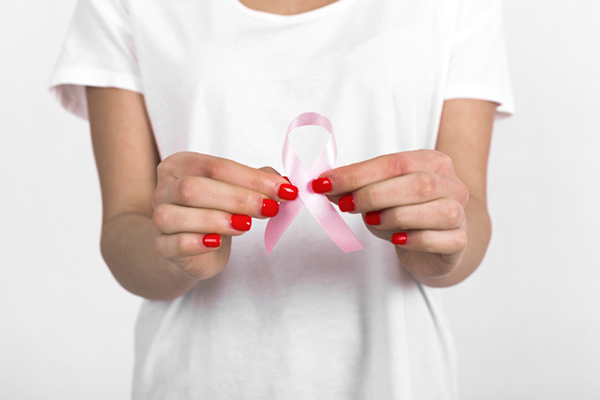 What Is Breast Cancer?

Breast cancer starts when cells in the breast begin to grow out of control. These cells usually form a tumor that can often be seen on an x-ray or felt as a lump. The tumor is malignant (cancer) if the cells can grow into (invade) surrounding tissues or spread (metastasize) to distant areas of the body. Breast cancer occurs almost entirely in women, but men can get breast cancer, too. Cells in nearly any part of the body can become cancer and can spread to other areas.

The name “BRCA” is an abbreviation for “BReast CAncer gene.” BRCA1 and BRCA2 are two different genes that have been found to impact a person’s chances of developing breast cancer.

Every human has both the BRCA1 and BRCA2 genes. Despite what their names might suggest, BRCA genes do not cause breast cancer. In fact, these genes normally play a big role in preventing breast cancer. They help repair DNA breaks that can lead to cancer and the uncontrolled growth of tumors. Because of this, the BRCA genes are known as tumor suppressor genes.

However, in some people these tumor suppression genes do not work properly. When a gene becomes altered or broken, it doesn’t function correctly. This is called a gene mutation. 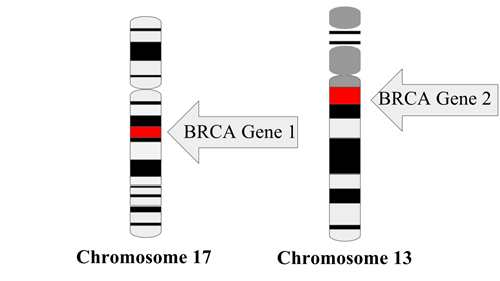 A small percentage of people (about one in 400, or 0.25% of the population) carry mutated BRCA1 or BRCA2 genes. A BRCA mutation occurs when the DNA that makes up the gene becomes damaged in some way.

When a BRCA gene is mutated, it may no longer be effective at repairing broken DNA and helping to prevent breast cancer. Because of this, people with a BRCA gene mutation are more likely to develop breast cancer, and more likely to develop cancer at a younger age. The carrier of the mutated gene can also pass a gene mutation down to his or her offspring. 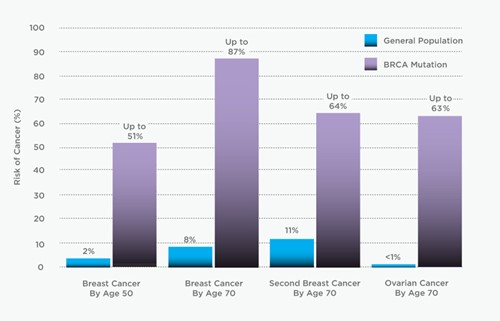 Knowing how your breasts normally look and feel is an important part of breast health. Finding breast cancer as early as possible gives you a better chance of successful treatment. But knowing what to look for does not take the place of having regular mammograms and other screening tests. Screening tests can help find breast cancer in its early stages, before any symptoms appear.

The most common symptom of breast cancer is a new lump or mass. A painless, hard mass that has irregular edges is more likely to be cancer, but breast cancers can be tender, soft, or rounded. They can even be painful. For this reason, it is important to have any new breast mass, lump, or breast change checked by a health care professional experienced in diagnosing breast diseases. 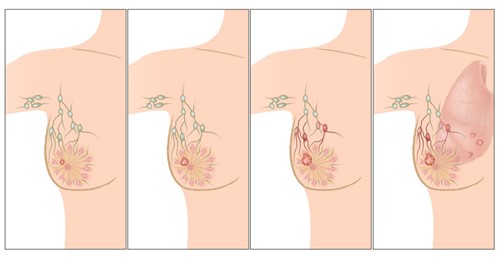 Other possible symptoms of breast cancer include:

Sometimes a breast cancer can spread to lymph nodes under the arm or around the collar bone and cause a lump or swelling there, even before the original tumor in the breast is large enough to be felt. Swollen lymph nodes should also be checked by a health care provider.